in IT News, Programming, Software Development

NET has been a bedrock of the Microsoft developer ecosystem ever since its initial release more than 12 years ago.  The over 6 million professional developers using .NET have built some of the most important software and solutions powering businesses, apps and sites today, and the 1.8 billion installs of.NET across devices have created a key foundation for productive application development.

Today, I am thrilled to share with you some important updates on the .NET platform, including a wide array of important innovations around .NET as well as the creation of the .NET Foundation to foster further innovation across the .NET ecosystem.

Earlier today we announced the formation of the .NET Foundation, an independent organization created to foster open development and collaboration around the growing collection of open source technologies for .NET.  The .NET Foundation will serve as a forum for commercial and community developers alike with a set of practices and processes that strengthen the future .NET ecosystem.

As I highlighted recently, we have seen a significant increase in the amount of open source software that makes up the foundation of the .NET development ecosystem, both from Microsoft and from other developers in the .NET community.  The .NET Foundation builds upon this trend, and further helps the open ecosystem for .NET to flourish.

Our shared goals for the .NET Foundation are:

The .NET Foundation represents a key commitment to the open .NET ecosystem, and I look forward to what we will be able to deliver together via the Foundation.

Over the last 12 years, the .NET platform has delivered dozens of major innovations across the runtime, language, libraries and tools.  From projects like Language Integrated Query to the rich ASP.NET framework and more recently the Async/Await features for asynchronous programming, .NET has been a leading platform for productive application development in the industry.

Today, we had a chance to unveil the next batch of exciting innovations in the .NET platform, running the gamut from core runtime features to enabling new developer productivity tooling.  Together, this wave of .NET innovation represents an important next step for the .NET platform.

The .NET Compiler Platform project, known as “Roslyn”, includes the next versions of the C# and VB compilers, as well as a compiler-as-a-service API that powers rich IDE integration, and opens up the compiler to all sorts of developer integrations.

Today, the .NET Compiler Platform was released as open source by Microsoft Open Technologies, with the development team now working on CodePlex.  The open source compiler platform will enable a broader community of developers to contribute to the evolution of the project and to integrate the .NET compilers into a wide variety of projects.

It’s not just Visual Studio that benefits from the open source .NET compiler platform.  Today at //build/, Miguel de Icaza of Xamarin showed how the .NET Compiler Platform can be used to provide a rich C# IntelliSense experience in Xamarin Studio running on a MacBook.

Open sourcing the .NET Compiler Platform and the C# and VB compilers opens up countless new opportunities for tools and services to be built around .NET.

The preview versions of the C# and VB compilers included with today’s .NET Compile Platform include an early look at some of the new features being considered for the next major version of the C# and VB languages.  Features like primary constructors, auto-property initializers and using statics generally help developers express common code patterns in an even more streamlined way.

The developer productivity of C# and .NET has been a core value proposition for the .NET platform.  With .NET Native, we are marrying that productivity with the ability to generate binaries with performance on par with native code.

Read more about .NET Native on the .NET blog.

At the core of .NET, we have been working on a next-generation JIT for .NET and the CLR.   Today, we released the third preview release of this new .NET JIT compiler (codename “RyuJIT”), offering significant benefits to application startup and performance transparently to application developers.

Today’s preview is the first to also enable new developer scenarios, such as providing new .NET APIs that can leverage the SIMD (Single Instruction, Multiple Data) support in modern processors for SSE2 and AVX instruction sets.  In this example, floating point arithmetic in a tight loop is vectorized, significantly increasing overall throughput.

The SIMD APIs are available on NuGet.

Last November, we announced a partnership with Xamarin to enable C# and Visual Studio developers to target additional mobile devices including iOS and Android.

By using .NET Portable Class Libraries, developers can easily share libraries as well as application logic across their device applications as well as with their backend implementations. 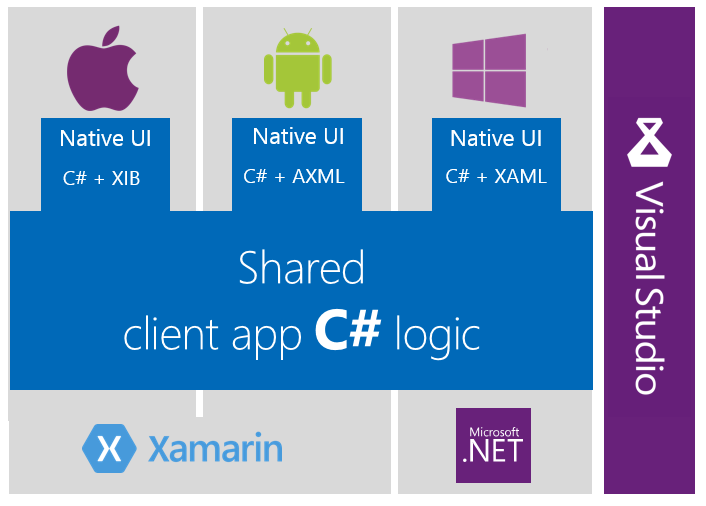 Visual Studio and .NET offer outstanding developer productivity for application developers targeting the Windows family of devices.  With Xamarin, developers can take this productivity to iOS and Android as well.

With .NET mobile services, you get the simple API connection to Azure-hosted data storage, combined with the flexible ASP.NET Web API for customizing table behavior. 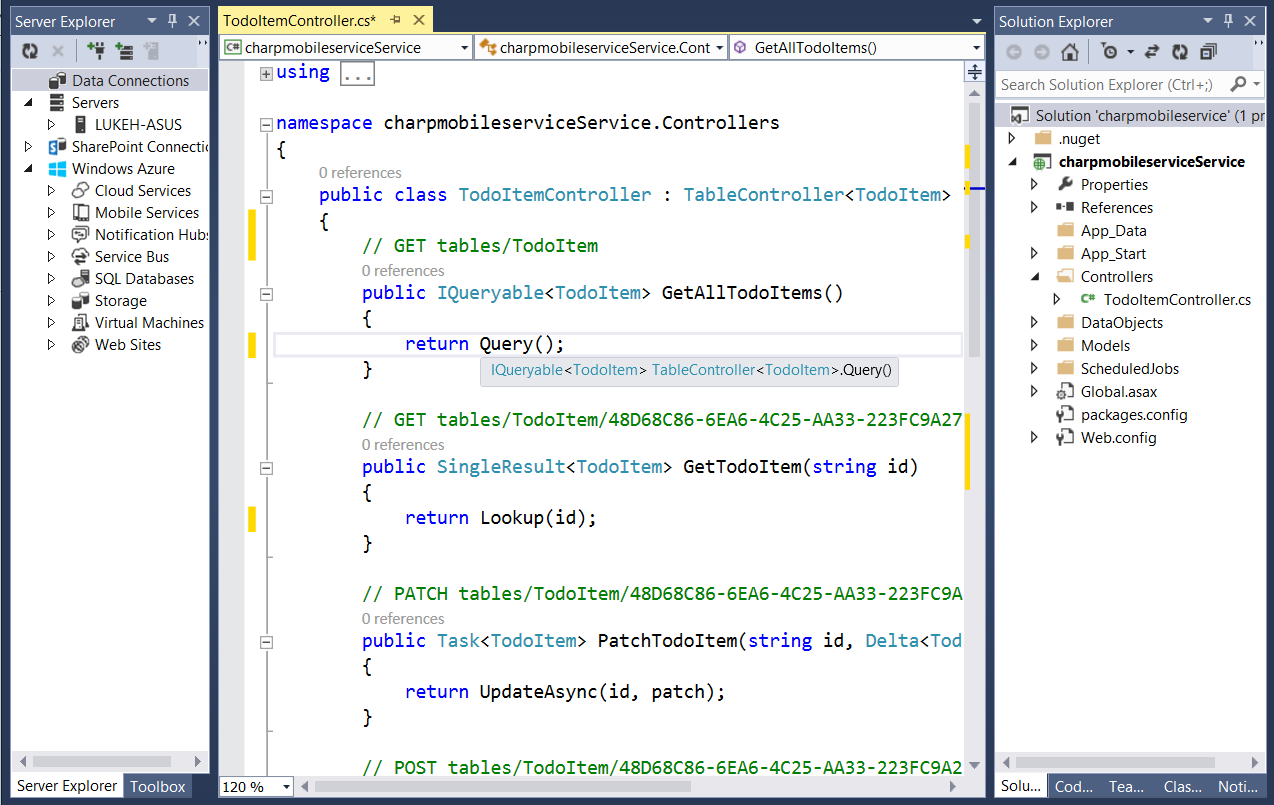 Based on work started in Microsoft Research, “Orleans” is an actor-based cloud programming model, offering a straightforward approach to building distributed high-scale computing applications, without the need to learn and apply complex concurrency or other scaling patterns. Orleans was designed for use in the cloud, and has been used extensively in Microsoft Azure.

Read more about Orleans on the .NET Blog.

.NET is one of the world’s leading developer platforms, and a critical technology for Microsoft and millions of developers worldwide.  The .NET Foundation will foster open development and collaboration around the growing collection of open source technologies for .NET, supported by Microsoft and other organizations investing in the .NET platform.  The next wave of .NET innovation being previewed today represents a huge step in the evolution of the .NET platform.

And this is just the beginning, the pipeline of innovation in .NET is in full gear leading up to the next version of .NET, with features to help you create the next generation of applications across Windows Server and Azure, as well as the desktop and devices.

Think Outside the BoXX, but write inside it!

How to be a Productive Programmer